This time of the year I usually have a little time to go through the notes I made over the course of the last 12 month. Most of them are some howtos and write-ups of some of the things I learned or recipes I’d like to use again in the future. One of those write-ups cover some of the steps I undertake to setup a new box running Mac OS. This usually happens once or twice a year and I often forget some things that distract me on a later occasion. I think those notes could be useful to someone else as well so I’ll share them here.

A word of caution: The list is deliberately not extensive but is intended as a minimal setup that should get the average developer a long way on OS X. It’s also not meant to provide an automatic way to prepare the system. I rather use it as a reminder and to copy/paste some of the more verbose commands like the brew setup stuff. All programs listed should be free or at least provide a free version. 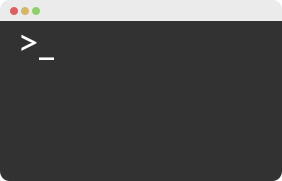 I’m not a fan of fancy Gui tools and always prefer issuing some commands on a descent shell over clicking some buttons. So this setup will be mainly concerned with command line tools.

Let’s kick of with the tool every programmer needs every day: a descent terminal app. The terminal app that comes with OS X does the job but once you’ve tried iTerm 2 there is no going back again. It packs a lot of useful features into the bag like split panes, a very nice search and triggers that can react to arbitrary output.
Once the terminal is covered everything else can be attacked.

When using brew cask install I like to add the --appdir=/Application option which will create a symlink to the newly installed app in the global application directory.

Almost ridiculous how useful this app can be. Installable with brew-cask:

Dropbox helps me to make most of my profiles and projects available on every machine I work on. And since I mainly have text files in my dropbox, the free account is all I need. It’s a great way to share configuration-settings.

My .bashrc for instance is split into a part that is portable across Mac and Linux systems (.bashrc_common) so that one is symlinked into my dropbox folder and included in the .bashrc files of every machine.

An application launcher is essential, Quicksilver has been a worthy companion for many years. Alfred seems to be more fashionable these days but so far I never tried it.

Ever wondered if there is a way to get rid of those stupid .DS_Store files Mac OS creates automatically? Those files are meant to serve as a general-purpose store for metadata, mostly used by Apple’s Finder. The are hidden by default, but developers notice them of course. And they can really be a problem when working with network drives. 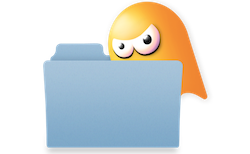 A rather smart solution to deal with them is implemented with Asepsis. It migrates all .DS_Store files to a separate folder (/usr/local/.dscage/) and keeps your folders clear of them.

The holy cow - The Text Editor

You probably will spend a lot of time using it, so better find a good fit for yourself. I’m a Vim-person, so that is what I install. And since some of the plugins I use need lua support, I enable this for the build.

I won’t get into vim configuations, that is too individual. But keeping your editors configuration in an easily accessible place is always a good thing (I keep my vim configuration on github so I just need to clone my repository and install my plugins with my plugin manager). 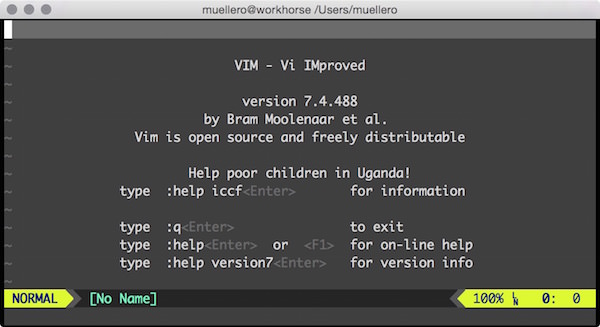 If vim is not your thing, emacs and Sublime Text both are available on brew-cask.

All of the following utilities are best installed with brew install.

All of the utilities from above can be installed with a single command.

All of the following apps can be installed with brew cask install --appdir="/Applications".

Everything can be installed with a single command:

Probably not for everyone but ruby is such an integral part of a lot of development tools it’s hard to ignore it even if you are not a ruby developer.

rbenv is a convenient way to switch between different ruby installations. On purpose it does a whole lot less than rvm but comes with a much lower impact for your system. Using it together with bundler is currently the way I set up my ruby environment.

Don’t forget to add the line eval "$(rbenv init -)" to your profile to enable rbenv.
This installs a ruby and sets it as the global default ruby version:

Influences how irb, the Interactive Ruby Shell, behaves. I really like to have the autocompletion of bond in irb. Also nice: the ability to drop into vim to do edits in the editor (Interactive editor).

Besides the usual .profile or .bash* files there are a couple of other interesting ones that I like to have setup. I keep most of them in my dropbox folder and just symlink them.

The only one not in my dropbox. I check out my vim config into a separate folder (.vim) and source a platform independent and a platform specific part.

Most of the options I use globally:

Defines various settings to be used by the editline library. This one binds all keys to the standard vi-like bindings:

The readline init file. Since a lot of tools use the readline library, these settings can affect a whole range of applications.

Very individual again. Here is mine:

Once your machine has this kind of basic setup, most of the fundamental stuff should be out of the way. And adding additional tools and configurations that are more specific will be a lot quicker. Happy hacking .